How to Use Your Net Promoter Score - UserIQ Blog 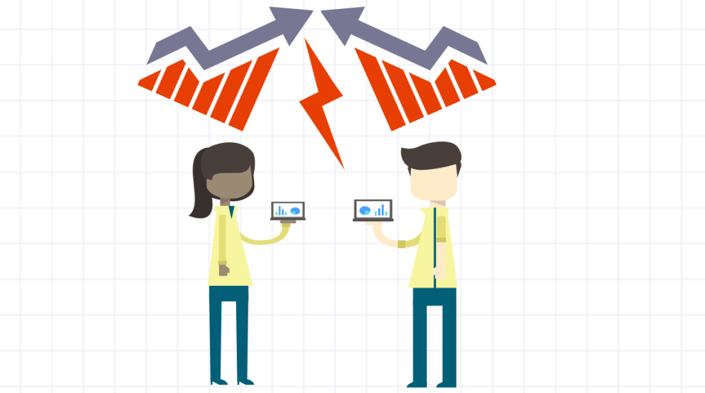 Net Promoter Score is a common metric for measuring the growth of a business. But many people aren’t using it correctly to get the most effective view.

NPS is measured by administering a simple question “How likely are you to recommend our company to a friend or colleague?” Surveyees are able to rate the from 0- 10, 10 being extremely likely and 0 being extremely unlikely. Users who rate 9 or 10 are called promoters, 7 or 8 passive, and 6 below are detractors. The score is ultimately calculated by taking the percentage who are promoters and subtracting the detractors.

A commonly used method of deciding whether or not a firm’s NPS is “good” is using ranges. For example, the average firm has an NPS of 5 to 10, whereas firms with the most efficient growth have NPS scores of 50-80. While this may be a good general rule of thumb, the best way to understand your NPS score is by comparing your NPS with that of your most important competitors.

Rob Markey, Global Head of Bain & Company’s Customer Strategy & Marketing Practice is one of the leading thought leaders on NPS, having co-wrote a book on the subject along with the founder of NPS, Fred Reichheld. Markey suggests that the best way to use an NPS is to use a top-down/competitor approach. One of Markey’s reasoning as to why firms should compare NPS to competitors as opposed to using the general rule of thumb is that NPS can vary depending on industry and geographic region. Markey has given the example of the East, where Asians are more conservative with ratings and shy away from the higher end of the scale. In terms of industry, NPS can vary greatly. For example, the travel and hospitality industry has an average NPS of 38.9 whereas the healthcare industry has an average of 67. By comparing one’s NPS against competitors as opposed to using the general scale, firms can gain a more clear view “on where your company stands versus the alternatives from which customers can chose and … the reasons for the differences.”

Let’s use an example. Let’s suppose that you’re a software company that provides online tax software to American consumers. You’ve recently completed an NPS survey and you have an NPS score of 32! You’re thinking to yourself you’re doing fantastic. However, your biggest competitor is TurboTax who has a whopping NPS score of 54. If on the other hand, let’s say you’re an American TV service provider and your NPS score is 20. In this case, you’re best in class.

How Can I find the Net Promoter Scores of My Competitors?

To conclude, while doing a quarterly or annual NPS survey certainly has it’s benefits – you can look at trends over time – it’s not until you understand where you stand amongst your immediate competitors that you’ll get the most effective view. To learn when you should deploy an NPS survey, click here.

Connect with the author

5 Questions to Consider About Your User Adoption Strategy

Billions of dollars are spent every year on initiatives and tools focusing on collecting... Read More
Onboarding & Adoption

Plain and simple, users that aren’t engaging with your product in a way that moves them... Read More